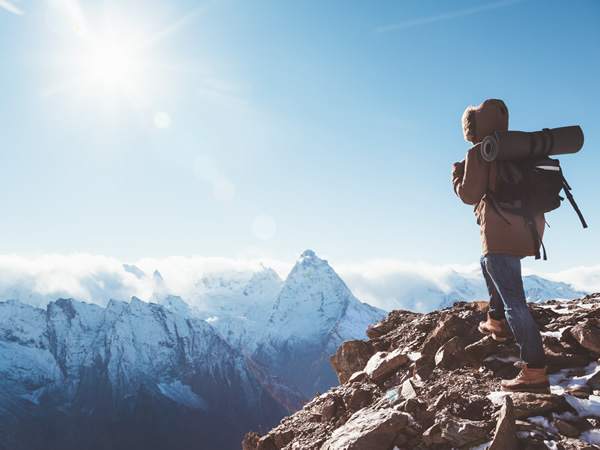 It is often said that one of the biggest blocks to achieving success is the fear of failure. Traditionally, failure is generally seen as something to be avoided at any cost, but failure is a part of life and can’t be avoided. In fact, most of us are so focused on not failing that we don’t even try to be successful. We subconsciously spend more time avoiding failure rather than seeking success. Just the threat of not succeeding can stop us from taking risks and aiming high in life. But allowing ourselves to fail is vital to our future success and personal growth. Failure is simply a step toward success, success can’t happen without failure.

Some of the world’s greatest achievements have been made only after many failures. Take the inventor of the light bulb, Thomas Edison. He is said to have made 1,000 unsuccessful attempts before successfully inventing the light bulb! 1000 failures!!! But he didn’t see those 1000 attempts as failures, but as an invention with 1,000 small steps.

So what is the solution? What separates the people who let failure destroy their motivation from those that use failure as motivation. The difference is, those who let failure fuel their desire to try again understand the transformational power of not succeeding.

You may not be able to always avoid failure, but you certainly have the power to benefit from it. You need to start accepting failure as a necessary stepping stone to success. If you want to realize your dreams, goals, and desires, you have to learn to embrace failure and build on the benefits it generates. Achieving a positive mindset to the negative connotations perceived by failing is not easy, but it is possible. Here are 7 surprising benefits of failure that will shift your fear of failure to a source of motivation.

The one quality that differentiates those who succeed from those who don’t, is the mental strength and fearless ability to persevere, whatever the outcome. Using failure to your advantage requires mental strength and experiencing failure helps build this quality. Bouncing back from failure makes you stronger and more resilient to future failures. The more times you are unsuccessful will help you develop the ability to bounce back quickly and find new solutions to make your next attempt successful. You’ll create an inner resolve, tenacity and a fearless determination to not fail again. This is probably one of the most important benefits of failure.

People who rebound after failure develop a better perspective on the reasons why they failed. They are more likely to blame the failure on something they did incorrectly, which can be changed or corrected for the next attempt. People who are badly affected by failing usually blame personal qualities such as not being clever enough or they feel they don’t deserve success.

To reach your full potential, achieve your personal best or do the impossible, you can’t fear failure. To achieve any goal, dream, or desire, you must be prepared to accept the failures that will happen on the way. Embracing possible failure is a vital and necessary step to future success and being the best you can be.

Facing failure is great for building your strength of character. Dealing with projects that didn’t go as planned or completely failed can really test your determination, courage and resolve. But managing to pick yourself up and start again can prove to yourself that you are made of tougher stuff.

5/ Failure can make you work harder

Successful people have often said that their biggest failures became their greatest inspirations. They are refused to be beaten by failing and start again with even more self-motivation to succeed.

Albert Einstein once said – “Insanity: doing the same thing over and over again and expecting different results.” Failure forces you to rethink your approach and try something new.

It’s normal to be fearful of failure as it’s difficult for most be people to accept that they are not ‘good enough’. Yet reacting to failure is simply a matter of perspective. Those with the greatest success understand that failure is simply one of the many stepping stones to success. Never let failure stop you from chasing your dreams.

I hope you enjoyed this article on the surprising benefits of failure. Please share on Facebook and thanks for reading! 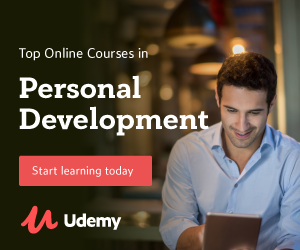 Learn now for the future you want. Thousands of courses starting at $13.99
Affiliate Disclaimer: When you enroll to an online course through a link on SEFFSAID, we may earn a commission.

This website uses cookies to improve your experience while you navigate through the website. Out of these cookies, the cookies that are categorized as necessary are stored on your browser as they are essential for the working of basic functionalities of the website. We also use third-party cookies that help us analyze and understand how you use this website. These cookies will be stored in your browser only with your consent. You also have the option to opt-out of these cookies. But opting out of some of these cookies may have an effect on your browsing experience.
Necessary Always Enabled
Necessary cookies are absolutely essential for the website to function properly. This category only includes cookies that ensures basic functionalities and security features of the website. These cookies do not store any personal information.
Non-necessary
Any cookies that may not be particularly necessary for the website to function and is used specifically to collect user personal data via analytics, ads, other embedded contents are termed as non-necessary cookies. It is mandatory to procure user consent prior to running these cookies on your website.
SAVE & ACCEPT