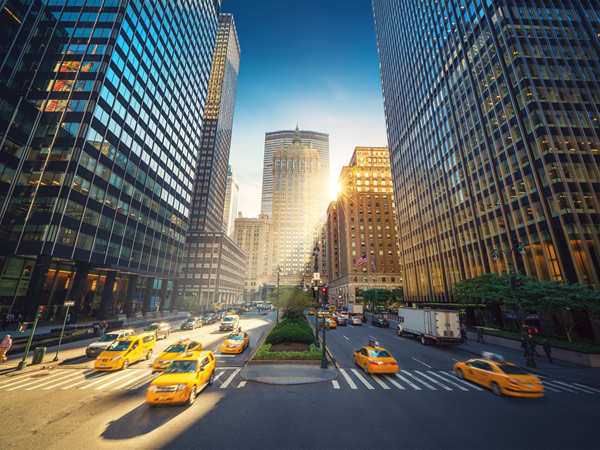 Success starts with a positive attitude and a motivational mindset, but sometimes, keeping motivated day in, day out can be hard. We have great ideas and great intentions, but we lack the energy and motivation to work towards our dreams and desires. For these moments, motivational quotes for success can be all the self motivation you need.

Many people underestimate the power that can be found within quotes, but they really do have the power to inspire success. They have the incredible ability to inspire us, motivate us and change the way we feel about ourselves. Simply, they can help redirect your negative thoughts to positive ones. Reading a few well-crafted lines can give you the motivation and determination to get back up and work towards your goals with a renewed ambition and energy.

Here are what I consider to be the top 100 best motivational quotes for success. All hand-picked to help motivate you to keep working towards achieving your goals and fulfilling your dreams.

100/ Success is not final; failure is not fatal: It is the courage to continue that counts. – Winston S. Churchill

99/ If you set your goals ridiculously high and it’s a failure, you will fail above everyone else’s success. – James Cameron

98/ It is better to fail in originality than to succeed in imitation. – Herman Melville

97/ Success usually comes to those who are too busy to be looking for it. – Henry David Thoreau

96/ The road to success and the road to failure are almost exactly the same. – Colin R. Davis

94/ The way to get started is to quit talking and begin doing. – Walt Disney

93/ Entrepreneurs average 3.8 failures before final success. What sets the successful ones apart is their amazing persistence. – Lisa M. Amos

92/ There are no secrets to success. It is the result of preparation, hard work, and learning from failure. – Colin Powell

91/ If you are not willing to risk the usual, you will have to settle for the ordinary. – Jim Rohn

90/ Success seems to be connected with action. Successful people keep moving. They make mistakes, but they don’t quit. – Conrad Hilton

89/ Take up one idea. Make that one idea your life–think of it, dream of it, live on that idea. Let the brain, muscles, nerves, every part of your body, be full of that idea, and just leave every other idea alone. This is the way to success. – Swami Vivekananda

83/ Success is walking from failure to failure with no loss of enthusiasm. – Winston Churchill

82/ Success is not the key to happiness. Happiness is the key to success. If you love what you are doing, you will be successful. – Albert Schweitzer

81/ Whenever you see a successful person, you only see the public glories, never the private sacrifices to reach them. – Vaibhav Shah

79/ Success? I don’t know what that word means. I’m happy. But success, that goes back to what in somebody’s eyes success means. For me, success is inner peace. That’s a good day for me. – Denzel Washington

76/ Never give in except to convictions of honor and good sense. – Winston Churchill

74/ A successful man is one who can lay a firm foundation with the bricks that others throw at him. – David Brinkley

73/ It is not the strongest of the species that survive, nor the most intelligent, but the one most responsive to change. – Charles Darwin

72/ In order to succeed, we must first believe that we can. – Nikos Kazantzakis

70/ The secret of success is to do the common thing uncommonly well. – John D. Rockefeller Jr.

68/ You know you are on the road to success if you would do your job, and not be paid for it. – Oprah Winfrey

66/ The whole secret of a successful life is to find out what is one’s destiny to do, and then do it. – Henry Ford

65/ No one can make you feel inferior without your consent. – Eleanor Roosevelt

64/ The secret to success is to know something nobody else knows. – Aristotle Onassis

63/ I failed my way to success. – Thomas Edison

62/ Don’t be afraid to give up the good to go for the great. – John D. Rockefeller

61/ I never dreamed about success, I worked for it. – Estee Lauder

60/ What seems to us as bitter trials are often blessings in disguise. – Oscar Wilde

59/ I never did anything worth doing by accident, nor did any of my inventions come indirectly through accident, except the phonograph. No, when I have fully decided that a result is worth getting, I go about it, and make trial after trial, until it comes. – Thomas Edison

58/ The distance between insanity and genius is measured only by success. – Bruce Feirstein

57/ The ones who are crazy enough to think they can change the world, are the ones that do. – Anonymous

56/ Happiness is a butterfly, which when pursued, is always beyond your grasp, but which, if you will sit down quietly, may alight upon you. – Nathaniel Hawthorne

55/ I find that the harder I work, the more luck I seem to have. – Thomas Jefferson

54/ If you can’t explain it simply, you don’t understand it well enough. – Albert Einstein

53/ Start where you are. Use what you have. Do what you can. – Arthur Ashe

51/ You may only succeed if you desire succeeding; you may only fail if you do not mind failing. – Philippos

50/ Courage is resistance to fear, mastery of fear, not absence of fear. – Mark Twain

49/ If you want to achieve excellence, you can get there today. As of this second, quit doing less-than-excellent work. – Thomas J. Watson

48/ People who succeed have momentum. The more they succeed, the more they want to succeed, and the more they find a way to succeed. Similarly, when someone is failing, the tendency is to get on a downward spiral that can even become a self-fulfilling prophecy. – Tony Robbins

47/ Only put off until tomorrow what you are willing to die having left undone. – Pablo Picasso

46/ The only place where success comes before work is in the dictionary. – Vidal Sassoon

45/ I find that when you have a real interest in life and a curious life, that sleep is not the most important thing. – Martha Stewart

43/ We become what we think about most of the time, and that’s the strangest secret. – Earl Nightingale

42/ The real test is not whether you avoid this failure, because you won’t. It’s whether you let it harden or shame you into inaction, or whether you learn from it; whether you choose to persevere. – Barack Obama

41/ The first step toward success is taken when you refuse to be a captive of the environment in which you first find yourself. – Mark Caine

40/ Keep on going, and the chances are that you will stumble on something, perhaps when you are least expecting it. I never heard of anyone ever stumbling on something sitting down. – Charles F. Kettering

39/ Don’t let the fear of losing be greater than the excitement of winning. – Robert Kiyosaki

38/ Rarely have I seen a situation where doing less than the other guy is a good strategy. – Jimmy Spithill

35/ If you genuinely want something, don’t wait for it, teach yourself to be impatient. – Gurbaksh Chahal

34/ In my experience, there is only one motivation, and that is desire. No reasons or principle contain it or stand against it. – Jane Smiley

33/ Whenever you find yourself on the side of the majority, it is time to pause and reflect. – Mark Twain

32/ Nobody ever wrote down a plan to be broke, fat, lazy, or stupid. Those things are what happen when you don’t have a plan. – Larry Winget

31/ The No. 1 reason people fail in life is because they listen to their friends, family, and neighbors. – Napoleon Hill

30/ Our greatest fear should not be of failure … but of succeeding at things in life that don’t really matter. – Francis Chan

29/ Character cannot be developed in ease and quiet. Only through experience of trial and suffering can the soul be strengthened, ambition inspired, and success achieved. – Helen Keller

28/ Motivation is what gets you started. Habit is what keeps you going. – Jim Ryun

27/ You can’t connect the dots looking forward; you can only connect them looking backward. So you have to trust that the dots will somehow connect in your future. You have to trust in something–your gut, destiny, life, karma, whatever. This approach has never let me down, and it has made all the difference in my life. – Steve Jobs

26/ Be patient with yourself. Self-growth is tender; it’s holy ground. There’s no greater investment. – Stephen Covey

25/ The successful warrior is the average man, with laser-like focus. – Bruce Lee

24/ What would you attempt to do if you knew you would not fail? – Robert Schuller

23/ The greater the artist, the greater the doubt. Perfect confidence is granted to the less talented as a consolation prize. – Robert Hughes

22/ Be content to act, and leave the talking to others. – Baltasar

19/ The only limit to our realization of tomorrow will be our doubts of today. – Franklin D. Roosevelt

18/ Many of life’s failures are people who did not realize how close they were to success when they gave up. – Thomas A. Edison

17/ Always bear in mind that your own resolution to success is more important than any other one thing. – Abraham Lincoln

16/ Would you like me to give you a formula for success? It’s quite simple, really: Double your rate of failure. You are thinking of failure as the enemy of success. But it isn’t at all. You can be discouraged by failure or you can learn from it, so go ahead and make mistakes. Make all you can. Because remember that’s where you will find success. – Thomas J. Watson

15/ Success is just a war of attrition. Sure, there’s an element of talent you should probably possess. But if you just stick around long enough, eventually something is going to happen. – Dax Shepard

14/ You may have to fight a battle more than once to win it. – Margaret Thatcher

13/ There is a powerful driving force inside every human being that, once unleashed, can make any vision, dream, or desire a reality. – Anthony Robbins

12/ I owe my success to having listened respectfully to the very best advice, and then going away and doing the exact opposite. – G. K. Chesterton

11/ Successful and unsuccessful people do not vary greatly in their abilities. They vary in their desires to reach their potential. – John Maxwell

The Top 10 Motivational Quotes For Success

10/ Logic will get you from A to B. Imagination will take you everywhere. – Albert Einstein

9/ To be successful you must accept all challenges that come your way. You can’t just accept the ones you like. – Mike Gafka

8/ The starting point of all achievement is desire. – Napoleon Hill

7/ I don’t want to get to the end of my life and find that I lived just the length of it. I want to have lived the width of it as well. – Diane Ackerman

5/ If you don’t design your own life plan, chances are you’ll fall into someone else’s plan. And guess what they have planned for you? Not much. – Jim Rohn

4/ Success is the sum of small efforts, repeated day-in, and day-out. – Robert Collier

2/ All our dreams can come true if we have the courage to pursue them. – Walt Disney

1/ Twenty years from now you will be more disappointed by the things that you didn’t do than by the ones you did do. So throw off the bowlines. Sail away from the safe harbor. Catch the trade winds in your sails. Explore. Dream. Discover. – Mark Twain